Team Spain has the backup of a global insurance company which is a Madrid-based. 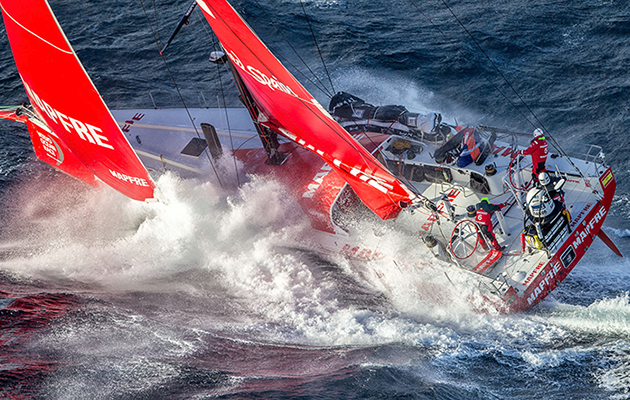 After the announcement of team AkzoNobel and Dongfeng Race Team, now the boat from Spain is the third entry which is confirmed for the next edition. This return is evidence of the achievement of the project, both in terms of commercial and sporting performance. In 2015, the team won the league in Auckland, and grabbed podium finishes in the offshore legs.


On the occasion, the President of MAPFRE Antonio Huertas said “To be the start line in this edition as well is an honor for MAPFRE. It is one of the most demanding sports in the world.

He further said that “It is really respectful being involved in the competition of sailing all over the world that embodies the same values and that define MAPFRE as a company.” Out of the 12 edition of Volvo Ocean Race, Spain has been the part of eight. 2017-18 is the ninth entry and the team is desperate to grab first win of the county.

The team has not declared the name of its member. However, till now, it is clear that Pedro Campos the Spanish sailor will be the part of the project.  Announcement of crew and skipper will be done in coming future. Campos has been associated with the team since long and have been the part of all Volvo Ocean Race in which team has participated.

After the announcement of his name to the team Campos said “We are delighted that and proud to get the support of MAPFRE in this edition of Volvo Ocean Race as well. It is probably the hardest, most extreme and the longest event in the world of sports. Taking part in the competition is a big goal for all the teams that participate in the competition. The big challenge for us is to be on the start line in race from Alicante with a chance to try to win.”