The Leg Zero round for the Volvo Ocean Race has been concluded recently. The main race will commence on 20th October. 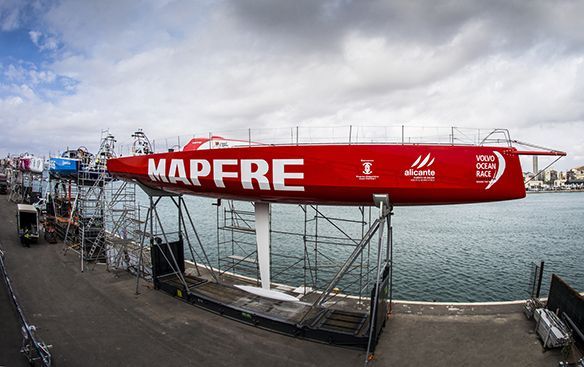 The teams have witnessed their performance vis a vis others and it is a time when they can measure how they have performed and what they can do to improve upon it. In the last race teams like Dongfeng and Abu Dhabi were ahead while MAPFRE has caught up since their last race performance.


For team AkzoNobel Simeon Tienpont is skipper for the first time. He has competed in the race before as he was part of the ABN Amro 2 team, which was about a decade before and he was part of Team Vestas Wind as well in the last year’s race. Others on the team are Brad Jackson and Jules Salter, who have been champions in different ways while Martine Grael is a first timer aboard the vessel this time.

Dongfeng team has French veterans on board while some are Chinese sailors who are new to this race course. MAPFRE has much attention on them as they have Xabi Fernandez, who is an Olympic medalist of the 49er category. Vestas team also has a strong crew this time as well as Scallywag that has an experienced team put together. Others comprise of Turn the Tide on Plastic which has a youth team of mixed crew members, some of whom bring serious skills in ocean racing and navigation. Team Brunel on the other hand, who performed well on Leg Zero, has Bouwe Bekking as their skipper and others like Pete Burling of America’s Cup fame.

It remains to be seen how the teams perform in the upcoming race. The coastline and waters remain in good condition and hopefully the one week time frame will give each time enough opportunity to acclimate themselves to the waters of the coast of Portugal.